I love Christmas time. In fact sometimes I have to remind myself that I'm an adult now and I don't need to wake up before the birds are singing on Christmas morning. Just can't help myself, even though the focus is on our children now. I love hearing them sneak down the hall way at some ungodly hour, only to run back down and tell each other "Santa has been!".

I also love baking some little treats that are a little different and that are just for the kids (well big kids also) and seeing their little faces light up as they take bites of my creations. I wanted to make these reindeer cookies for a school break up party but never had time to actually do them so I ended up making some marshmallow snowmen on sticks as shown below. 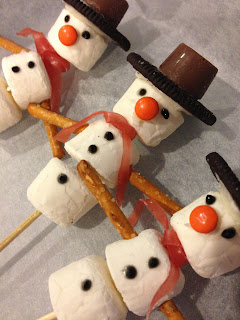 They were a hit and so easy to make and no baking required. However, back to the biscuits at hand, they were also very easy and I found the dough worked better rested in the freezer instead of the fridge as it was a little harder and easier at holding its shape when transferring from the baking paper to the baking trays. I know some of you are most probably saying "too hard" but you don't have to add the ice-cream sticks or use the decorations I have used as the biscuits themselves are very tasty, they have that hint of spice that will have your taste buds singing Christmas carols all year round! 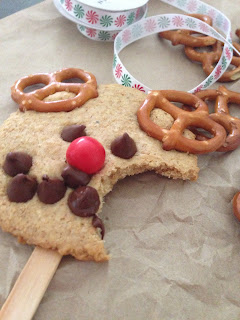 Have butter and egg at room temperature. Beat butter, egg and sugar in a small bowl with electric mixer until combined. 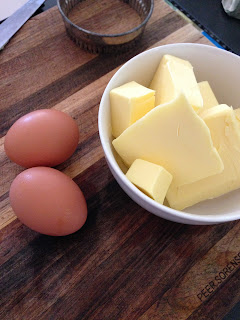 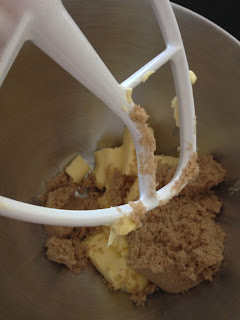 Stir in coconut, wheat germ and sifted flours and spice. 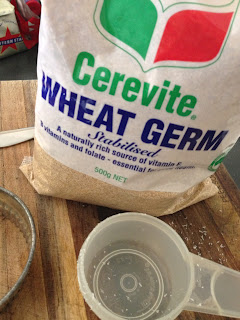 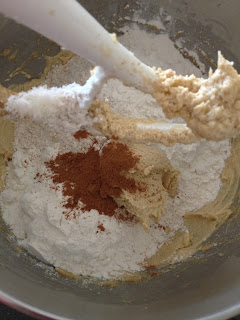 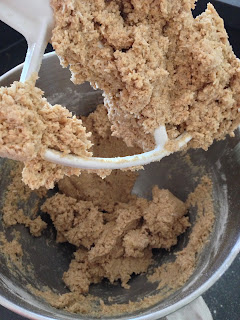 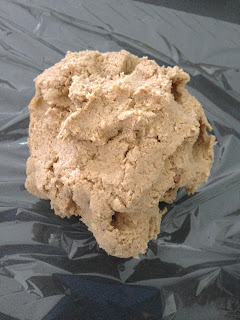 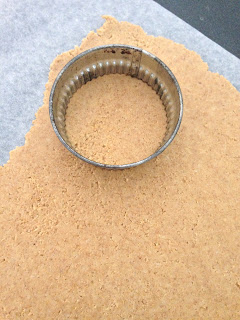 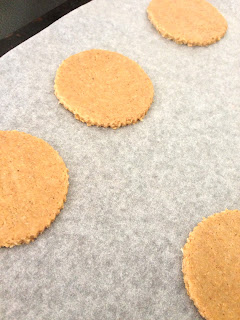 Slide an ice-block stick under each cookie, press down firmly. (You don't have to use ice-cream sticks if you don't want as they biscuits look cute enough without them). 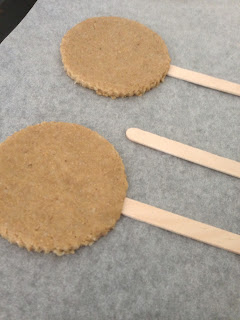 Position two pretzels on each cookie for antlers, press down firmly. 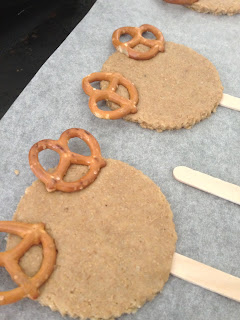 Decorate cookies with choc bits for eyes and mouths, bake about 12 minutes until lightly browned. 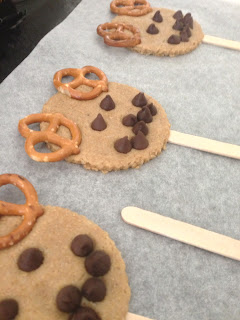 Adding your choc orange balls after they have been baked, pressing firmly on the hot biscuit and then leaving to cool completely. 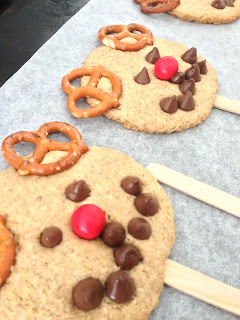 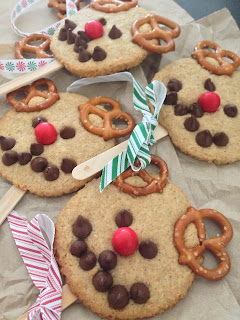 Merry Christmas! M x
Posted by Maude and Betty at 10:13