I was looking back on the special occasion cakes that I have made for my little darlings and I'd have to say this one was extra special. Not because it was for one of my babies but because it was the biggest cake that I have actually made and for a cake with no egg yolks, it was so light and moist and I thought it tasted great. Like my obsession for chocolate I seem to have a slight thing for butterflies! (One of the other birthday cakes I have posted, also had butterflies on it but they were edible).

This cake definitely has the "wow" factor look about it and the beauty of it is you could just opt for two layers if you were just that little bit scared about dealing with the height of the cake (Betty, I know you would love one this high for your little man......maybe with some kind of owl on it perhaps?).

I found the directions very easy to follow and the actual baking of the cake was so simple. Probably the hardest part of the cake was the icing part and blending the two colours just so it has that ombre effect (the latest craze sweeping across the universe of cake land - meaning shades of colours descending from either light into dark shades or vice versa).

This recipe was found in Donna Hay's latest kids issue and just so happened to co-ordinate perfectly with my Miss 5 turning 6's ballerina/fairy themed party! Let's just say there was A LOT of PINK. I will en devour to post some pictures of my efforts and hopefully you might see some ideas for your next party! 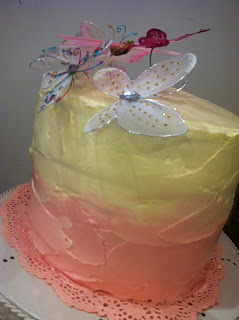 Preheat your oven to 175 degrees (345F). Divide the ingredients for the cake mixture into 2 equal batches. (I guess this is where you can decide if you would rather just make half instead of the whole mixture).
To make the first batch, place the milk, eggwhites and vanilla in a bowl and lightly whisk to combine. Set aside. (Make sure you read the recipe as it states the milk to be at room temperature) 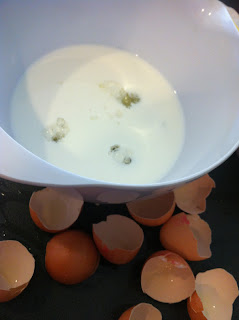 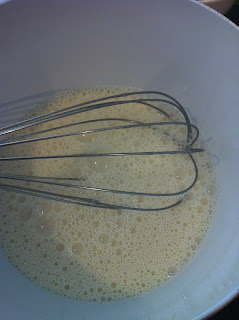 Place the flour, baking powder and sugar in an electric mixer and mix on low speed until combined. Add the butter and beat until mixture resembles fine, moist crumbs. 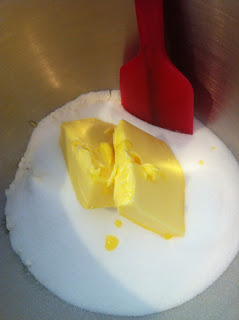 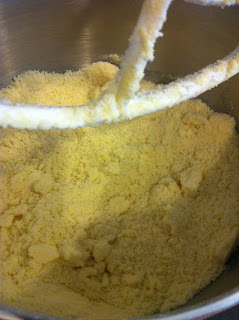 Increase speed to medium and gradually add the milk mixture, beating for 2 minutes or until just combined. 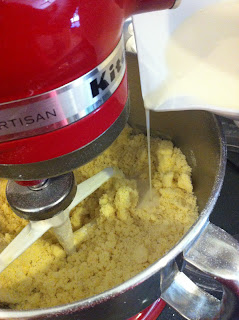 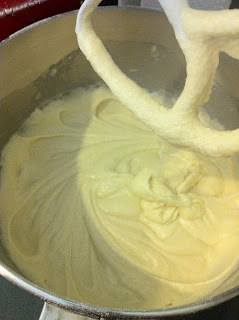 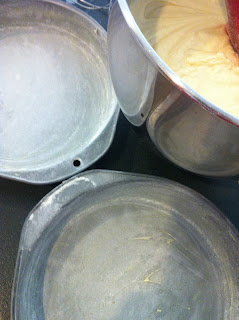 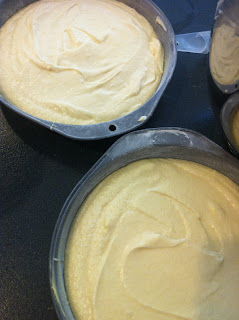 Sprinkle each cake with 1 tablespoon coloured sprinkles and spoon over the remaining mixture. (Now this is where I made the mistake and didn't read the recipe correctly......yes I know B your rolling your eyes. I just sprinkled the 100's of 1000's just on top of the cake mixture instead of in between, so my pictures will show the sprinkles sitting on top of the final baked cake). 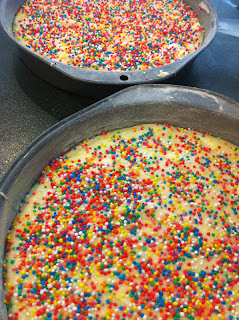 Bake for 35-37 minutes or until cooked when tested with a skewer. Allow cakes to cool in the tins for 10 minutes before turning out onto wire racks to cool completely. 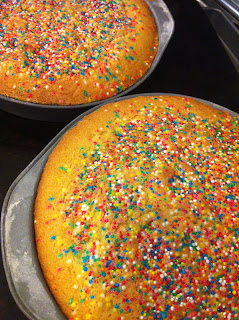 To make the second batch, repeat the method above using the remaining cake mixture ingredients. 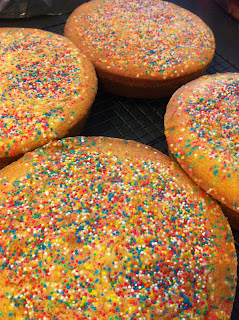 To make the cream cheese icing, place the butter and cheese in an electric mixer and beat for 6-8 minutes or until pale and creamy. 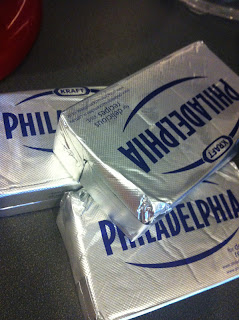 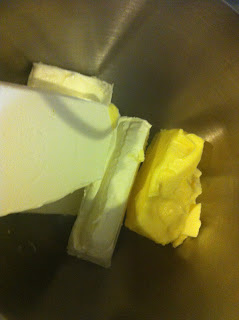 Add the icing sugar and beat for a further 6-8 minutes or until pale and fluffy. 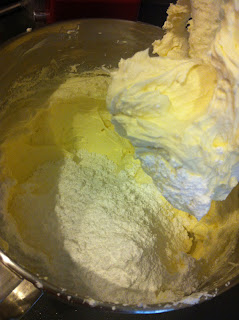 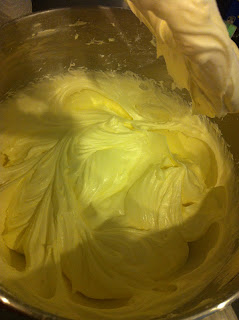 Divide the icing into two bowls. Add a few drops of pink food colouring to one bowl and stir to combine. 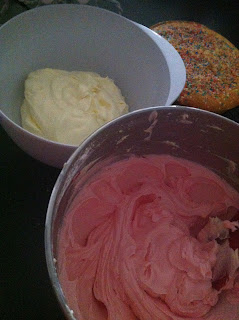 To assemble the cake, trim the tops from the four cakes and discard. Layer each cake with 3/4 cup white icing to create 1 x 4-layer cake. 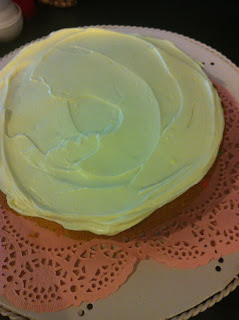 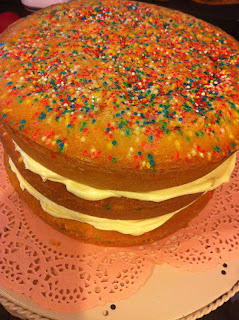 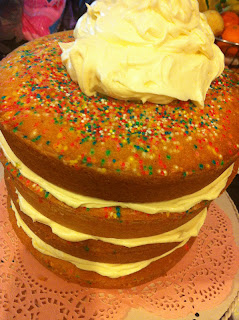 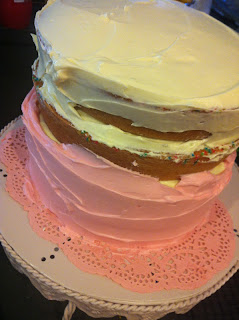 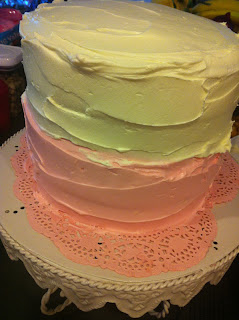 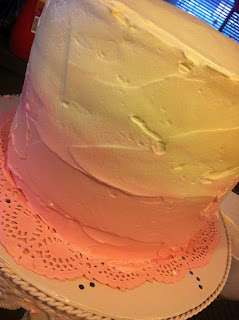 Decorate with your butterflies. 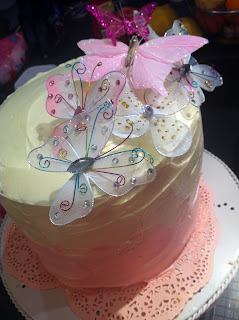 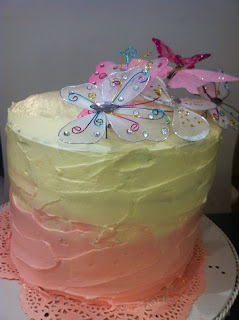 I really enjoyed putting this cake together! Enjoy M x
Posted by Maude and Betty at 12:14