Jam drops would have to be one of the easiest biscuits to make. I turned to Donna Hay's trusty Modern Classics 2 book for the recipe this time. They were certainly yummo but the jam 'hole' (for some reason that sounds rude) I made in the dough wasn't as deep when they finished baking as I would have liked. Nevertheless they had the expected buttery crumbly texture with oozy jam centres.

Is there a secret to making the jam hole deep and stay deep when baked? If there is, I'd like to know if anyone out there is listening. Maybe I had too much butter? Maybe make the hole wider? I tried a number of batches in different sizes as I made double the mixture the recipe calls for, but they all seemed to flatten out too much (well, for my liking). Anyway they tasted just fine and I used some of my batch as part of a birthday present for a family member - all nicely packed up in a jar. Happy Birthday Barb! 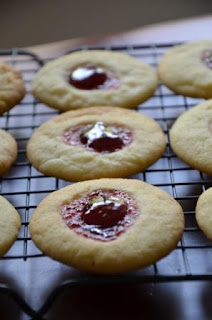 Preheat oven to 180 degrees. Place the butter and sugar in the bowl of an electric mixer and beat until light and creamy. 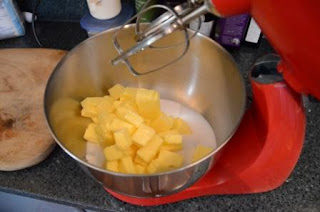 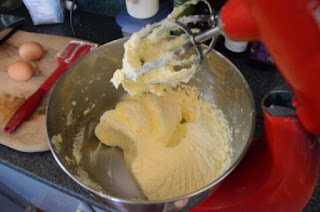 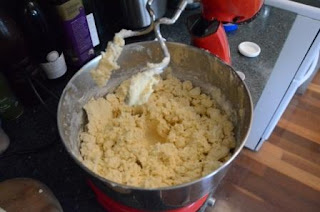 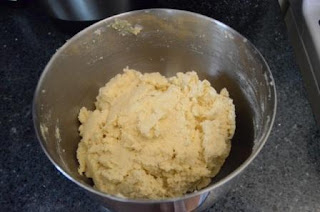 Roll 2 teaspoons of the mixture into balls. Place on a baking tray lined with non-stick baking paper, allowing room for the biscuits to spread (and mine did spread!!!). Flatten slightly and press a finger into the middle of each ball of dough to make an indent. 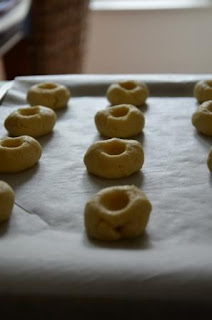 Fill the holes with jam. 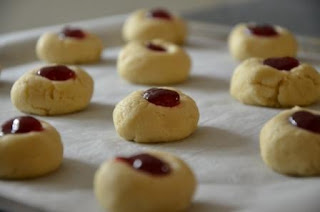 Bake for 10 minutes or until golden. Add a little more jam to the holes while the biscuits are hot (Totally do this - it's for your own good!). Cool on wire racks.

Makes about 60 according to Donna. According to me about 40 (think mine were bigger than 2 tsp's and I even made double the mixture). 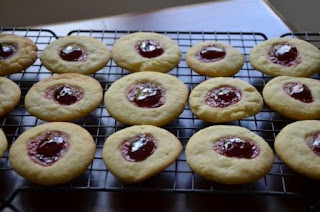 PS. If anyone has any tips on making the hole stay as a hole - let me know!!
Posted by Maude and Betty at 07:56